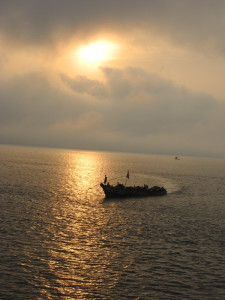 on the Atlantic Ocean in West Africa, nestled between Guinea in the north and east, and Liberia in the south. Current population is about 5.5million, over an area of 28,000 sq mi (about half the size of New York State).Freetown, the capital, is a sprawling urban center with 1.2m inhabitants. The country is rich with natural resources, but the extreme income inequality results in dramatically poor living conditions for most of the population.

Historically, in 1787 Sierra Leone was chosen by England as home for runaway slaves who had found asylum in London. It became a British colony in 1808, until independence in 1961. 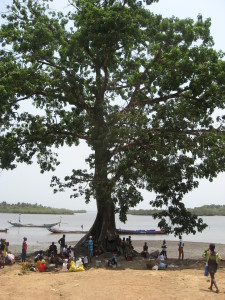 significant event contributing to these statistics in the recent history of Sierra Leone, was the brutal Civil War, also known as the “blood diamond war” from1997 to 2002, because the rich diamond mines financed the war. The warlords representing many factions were primarily fighting to gain control over Sierra Leone’s immensely rich diamond mines for their own gain. Over 50,000 people were killed and hundreds of thousands were brutalized and maimed. The war destroyed the Country’s extremely fragile infrastructures destroying its economy and quality of life as well.

The country has made a dramatic political recovery from the Civil War moving to aconstitutional democracy. Three free elections have taken place since the end of the war. Currently a democratically elected President is running the country, under the supervision of a democratically elected Parliament.
Nevertheless, for the past several years, the UN has listed Sierra Leone as the world’s “least livable” country, based on its poverty and the poor quality of life endured by its citizens.