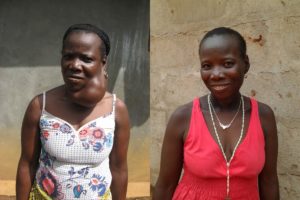 On October 30, 2017, Africa Surgery Inc. sent Mateneh, age 38, from Sierra Leone to Kenya. She had a large tumor which had began about five years before on the left side of her face and neck. The tumor was removed by Dr.David Nolen, a young American surgeon volunteering at the AIC Kijabe Hospital, a faith-based institution which has been helping poor patients in Africa for 102 years by offering, in their own words, “Health Care to God’s Glory.”

Umaru, age 44, was also sent by Africa Surgery from Sierra Leone to Kijabe, Kenya in October. Umaru’s lower right jaw was almost entirely eaten away by a bone tumor. Fortunately, there was just enough jaw bone left for Dr. Nolen to successfully implant a titanium plate after he had removed the tumor. Because the lower jaw bone is capable of regenerating bone tissue, the implant was accepted and began to be encased in new bone. Umaru is also home now. He is out of pain and able to smile and speak normally again.

When Amadu, age 27, was brought to us on December first, 2016, the left side of his face had been severely swollen for the past one week by an infected jaw, causing pain that made it impossible for Amadu to speak. We immediately sent Amidu to Dr. Don Davis, the Chief Dental Officer at the Connaught Government Hospital in Freetown. Thanks to a series of operations and a regimen of medications, by January 12, 2017, Amadu had recovered to the point where he could speak clearly, but he could not stop smiling.

For more pictures before and after the surgery see our photo page.